My job is to help professionals to achieve their industrial goals whilst having adequate protection along the way. 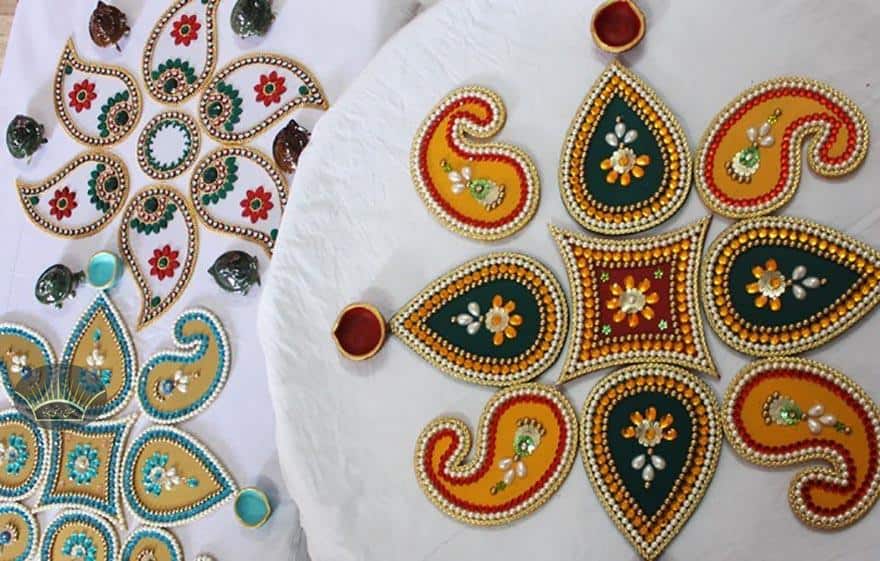 The identity of any country can be found in the culture and history of that ancient civilization, and this identity is part of an ancient story of the art and civilization of that region’s human civilization. Iran has a profound civilization, He is one of the founders of cultural and historical civilization in all countries of the world. This manifestation of Iranian civilization can be found in the art left by Iranian ancestors in historical monuments such as tombs, mosques, palaces and many more. Found in the works, but in these historical works the works of art have a central role.Artworks have played a role in transmitting their mission as a part of Iran’s cultural identity by creating a variety of indigenous and national layers in cultural artifacts from the past to the present day, using a variety of community structures.But among the works of art, despite the different cultures across Iran, we see different works, one of the most remarkable of which is the art of handicrafts, which brings a manifestation of ethnic and national culture to the fore.In this post we are going to get acquainted with a selection of the best works of Iranian handicrafts which are world famous. 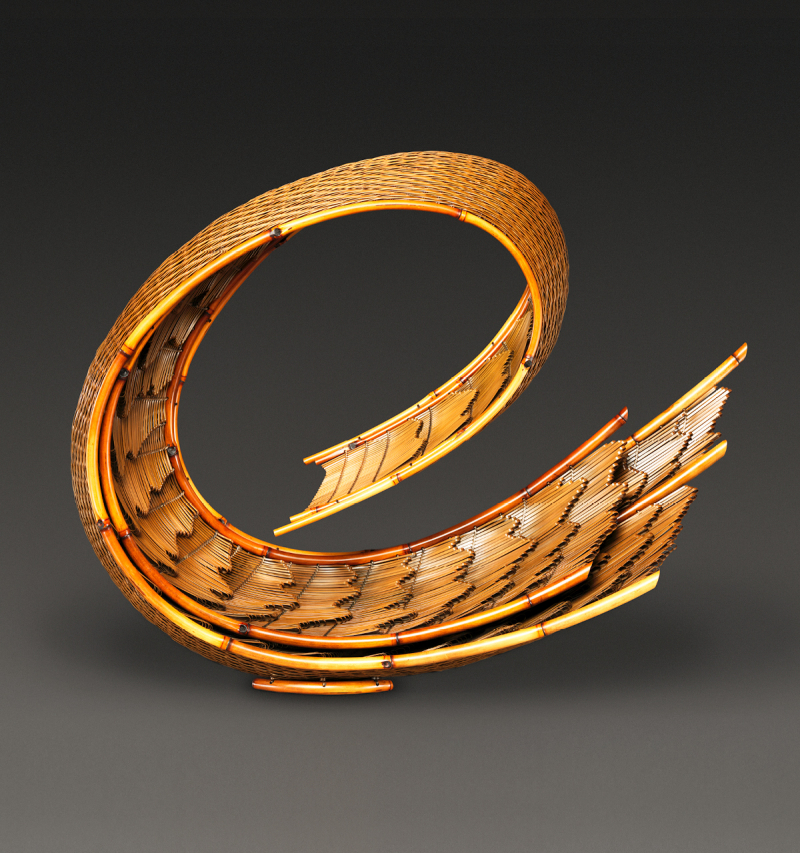 Crafts in general can be described as “the use of people’s handicrafts through native tools and materials that produce an artistic industry”.

The craftsmanship with the variety of today’s products is endless, not only are they different from other products in the manufacturing process, but they induce a different attitude to the enthusiasts of the art. But the distinction of these crafts with today’s products is not summarized in the production process. And other things, such as the specific culture of that art and the cultural thinking and antiquity of the region in which these handicrafts are also reflected, so that the art of the craft is not as a commodity but as an exchange Consider national and cultural value.

Great scholars and writers such as Tyler in the 9th and 6th centuries introduce art to the complexities of the traditions and cultures of a society, including Iran, with a rich cultural and historical background, one of the forerunners of this industry’s past centuries. To date, the art of handicraft has been incorporated in four different types of art in the country. 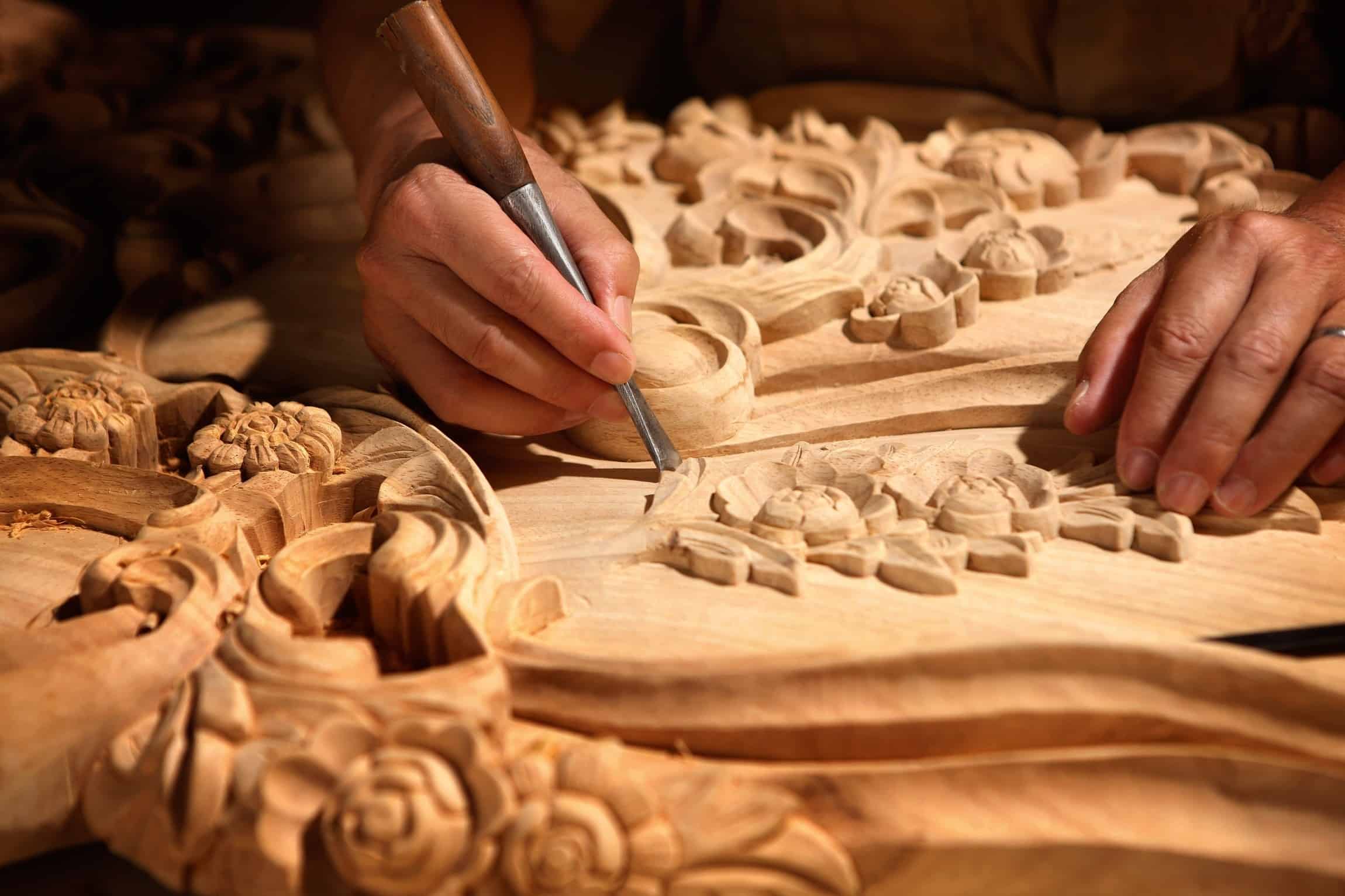 Each art must have characteristics that, in accordance with the specific frameworks of the World Trade Organization and other common factors, we intend to enumerate the characteristics of an art in the craft.

Perform part of basic stages of production by hand, tools and hand tools.

There are several steps involved in producing each of the hand-made products, but not all of these steps are required by hand and tools.

If only a part of the basic stages of production is done in this way, the product produced according to the features mentioned if these factors can be considered a product in the art category of the craft.

The effective and creative presence of man in the production and shaping of art has been designed, enabling the diversification and implementation of various designs during the production of various artistic products.
The creation or productivity of native raw materials
Applying cultural principles and creating indigenous and national cultural images
Cost-effectiveness compared to other products
Ability to create productive development platforms in similar native areas
Ability to transfer the production process through family or cultural transfer principles of the area such as apprentice and professor 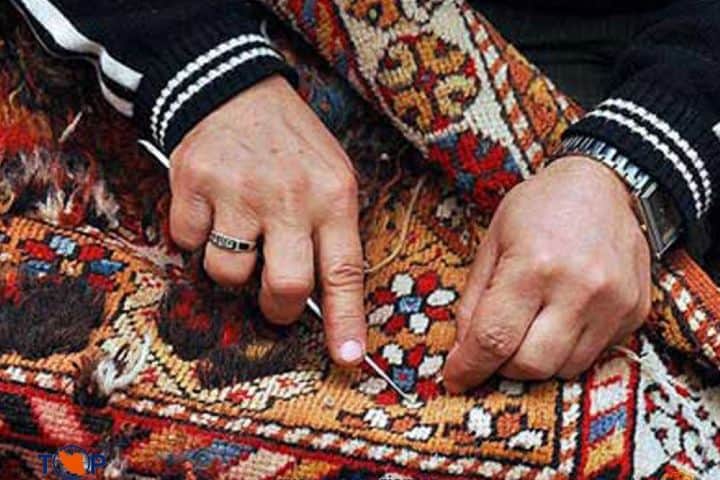 In the handicrafts due to the different differences in the dimensions and types of these handicrafts from the perspective of the World Trade Organization, they fall into the following rows:

Top Crafts of the country:

Now that we have become familiar with the handicrafts, we must realize that, amidst the great Fuji of the craft, some of these industries have received special attention from Iranian and international audiences and enthusiasts, which we will discuss in the text below. 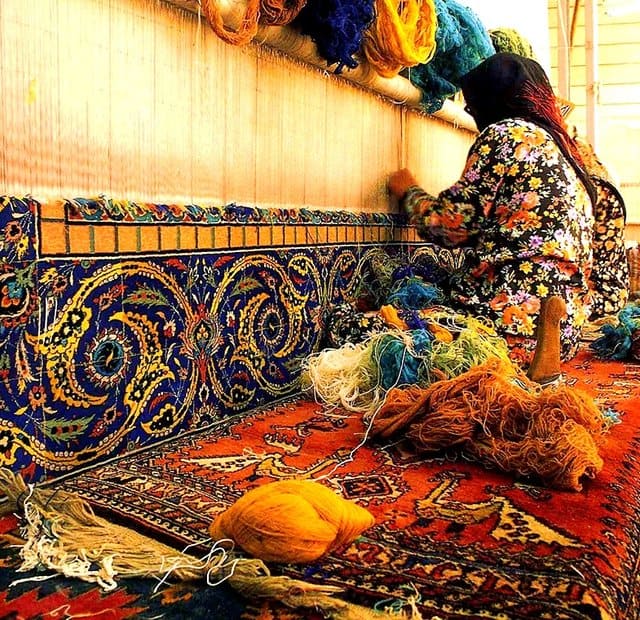 The cultural symbol of the country in the handicrafts can be measured by various indicators, but it is usually a product that represents this cultural and artistic world.

Handmade carpet and rug is a symbol that has been a symbol of Iranian and Iranian ethnicity since ancient times, and this popularity has been accepted internationally by accepting Iranian carpet as the most beautiful and highest quality in the field of handicrafts. 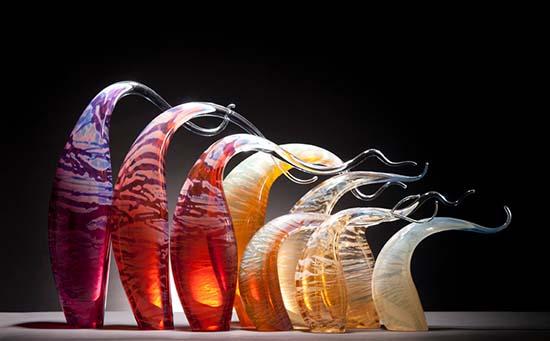 One of the most ancient Iranian technologies is the technology of producing copper and glass containers and molding in the past centuries with special design.

Glass making is one of the most advanced human-made technology in the world, not only in Iran, but in the world as well. 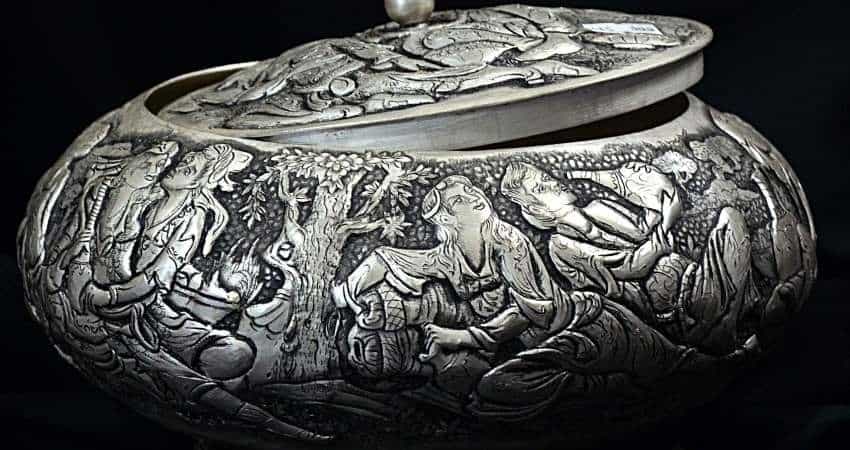 During this period, the Iranians transformed the industry into a high-tech one by developing technology for shaping and creating prominent roles on glass.

Also known as the first metalworkers, and especially the metalworkers, were Iranians, who told the artisans that, due to their immense abilities such as microbial detoxification in food, the ability to withstand high temperatures and beautiful shapes rapidly spread this art in Different countries around the world.

These copper utensils with various medical elements and medical-art features have now become very popular among handicrafts, with Iran having a large share in the industry. 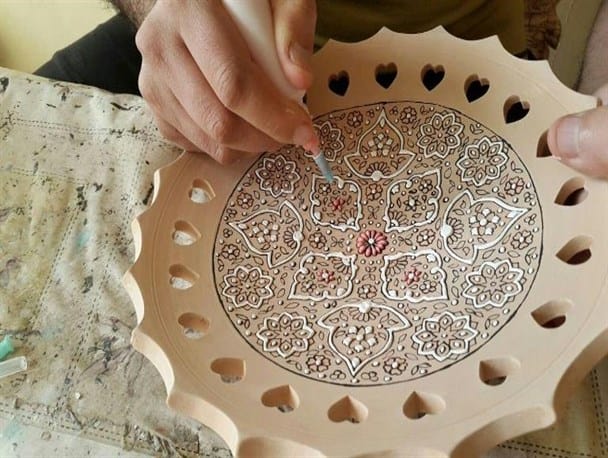 Ceramics is one of the oldest design arts in Iran and its use in various historical and cultural artifacts as well as its role in making decorative and applied tools have made it popular throughout the world, making Iran a significant market share. Is dedicated.

The science of pottery and pottery was created by making mud pots that can be named after pottery and earthenware that have been used since ancient times.

It is one of the earliest potentially advanced ancient industries, dating from the 5,000 years of the oldest pottery workshops in the world.

Also, tile etchings using ceramics and tiles have been used to design and color, and have now adorned many of our historical symbols.

Iran is one of the leading exporter of enameled wood and mosaic designed wood, which, with its fine art, blurs the eyes of every viewer.

This style of craftsmanship has created a variety of reflections over time in terms of application and type of design because of its functional similarity to other crafts such as mosaic tiling.

Wooden art is one of the most popular symbols of Iranian handicrafts in the world with a variety of effects and use in various works, making a significant contribution to the country’s export industry.

Expensive alloys and, of course, very elegant and beautiful have long been one of the favorite industries of Iranians and other countries.

In Iran, western and southern cities with different alloys of different genres such as gold, silver, turquoise and so on began to produce and create a variety of ornaments with different designs and styles of native culture and art.

Used in the past centuries in the form of blends with local clothing, these jewelry have played an important role in the customs and symbols of various Iranian ethnicities, creating a culture based on this particular type of clothing and distinguishing them from one another.

These ornaments and the design and decoration of these precious metals have attracted the attention of various neighboring countries and other parts of the world, and have become a luxury and popular craft over the past centuries, and today people are part of their authentic designs. 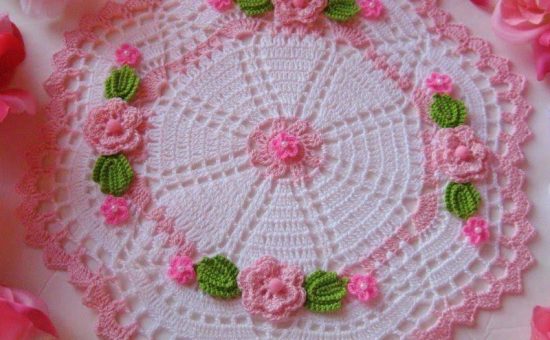 The art of embroidery, which dates back to 5 BC, is one of the most famous works of Iranian embroidery.

This art is done with a very simple tool, which actually creates artwork on the fabrics using silk yarns and various colors, which are usually of the highest quality in their original material. Is in use.

This type of art has been used in various types of decorations such as: clothes, skirts, curtains, etc. 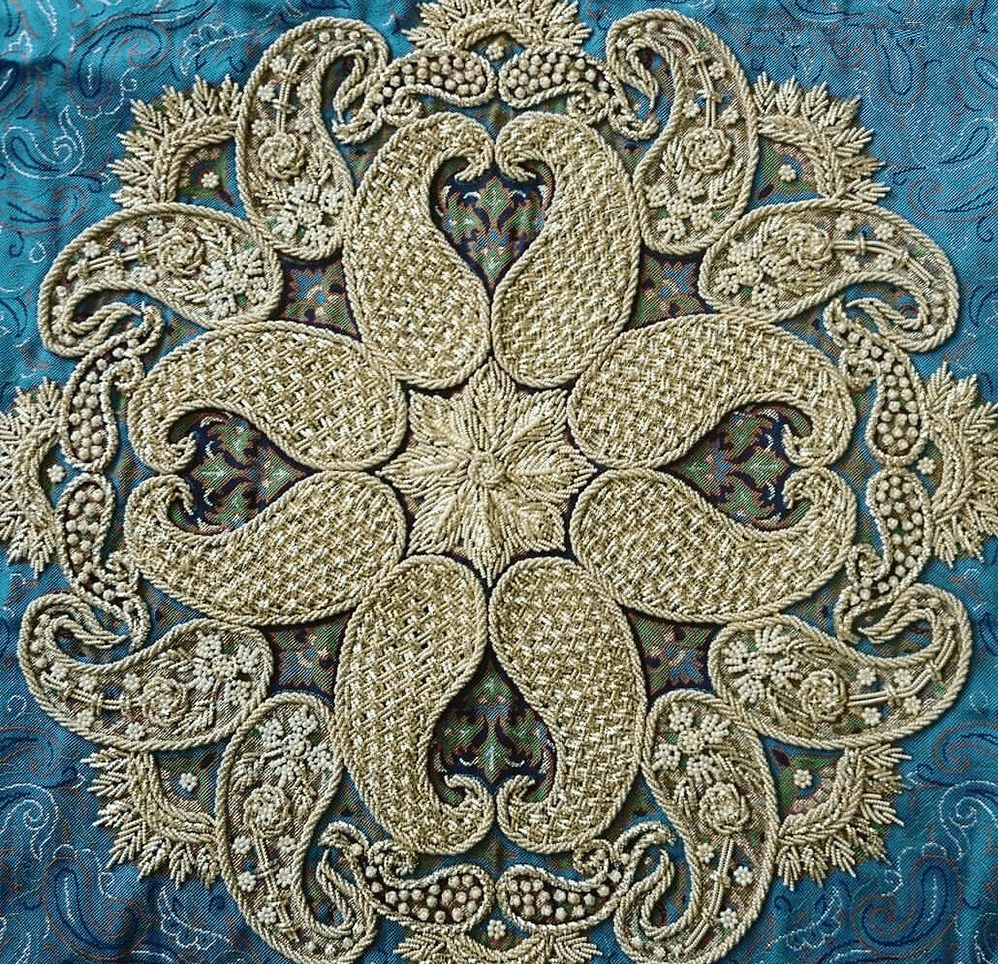 This industry, dating back to the Parthian period, is one of the oldest forms of decorative art in the art, making it the target audience of this art due to Iran’s ancient craftsmanship in this field. Art has progressed as far as the Timurid period in decorating the Kaaba’s home with the use of an embroidered tapestry, which gave the Kaaba a very unique look and effect. And shiny like gold and silver, alloyed later in the century to create more general use among the people. Others, which were available at a lower price but with the same beauty, have been used to create decorative roles.

With a strong potential from centuries to the present day, Iran is one of the largest and most famous exporters of handmade industries, such as handmade art.

Introducing the nation’s top 2 handicrafts in the world